After four years of deforestation decrease in Amazonia, a 28% increase has been reported from July 2012 to August 2013.
Caring for the mind and body

The new forest code has come into force in May 2012. After weeks of debates and militants’ calls to veto the code, President Dilma Rousseff decided to go through with it, despite her electoral campain promises to oppose to any environmental crimes.

This new code is criticized by the people and is seen as a product of agro-business lobby giants. The text, among other things,plans to drop charges to those who had illegally deforested parts of the Amazonia back in 2008, as well as relaxing the forest’s protection rate. 80% of the forest today is protected; this figure could drop as low as 50% in the next six years.

From July 2012 to August 2013, nearly 5 843km2 have been deforested. Do we need to specify the terrible ecological consequences? Sol erosion, CO2 emission, water pollution, global warming… Serious matters awaits us. Deforestation carries on, in spite of militants raising the alarm bell, despite our knowledge of the critical role of the lung of our Planet. 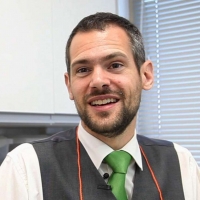 I created a new recycled and recyclable material