The American « Zero Waste » movement is expanding to Europe, with Italy and Spain at the forefront. France currently lags behind, but after a year of effort, this anti-waste movement is gaining momentum.
Protecting the planet Mots-clés : Waste management 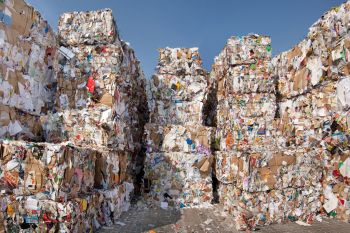 In 2013, Bea Johnson’s book Zero Waste kick started a new minimalist lifestyle among French families. Since then, many books, blogs and social networks have brought attention to the “zero waste” movement, which first appeared in California in the 1980s. The philosophy in one sentence: Get rid of what you don’t need, cut down on what you do need, reuse, recycle and compost. It’s an approach that calls for disrupting everyday habits.

In France, the city of Roubaix was one of 153 winning territories for the “Zero Waste” challenge issued by the Ministry for the Environment in late 2014. More than 200 families have taken up the challenge of halving their annual production of household waste. To this end, they are equipped with dedicated bins, jars, and fabric bags; they have eliminated paper towels, tissues and disposable diapers; and they’ve gone as far as making their own cleaning products … Not so easy!

Despite the improved labelling on over 30 billion packaged items introduced at the end of 2015, many French people are still confused about which colour bins are meant for which kind of trash. This is why the Shamengo Villa Bordeaux is part of an educational effort. It’s a place to learn the techniques and best practices to be more conscious of what you buy, protect the environment and save money by away throwing less.