Thanks to the fun and easy literacy method developed by our pioneer Javier Gonzalez, the illiteracy rate has fallen to less than 4% in the city of Cali, making it an “illiteracy-free region”.
Caring for others Mots-clés : Equal opportunities and social cohesion, Innovative pedagogy 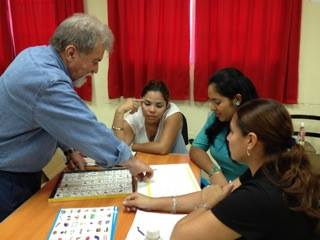 On the occasion of International Literacy Day, the Colombian Government awarded the Mayor of Cali (3rd-largest city in Colombia) an honorary title for the city’s progress in reducing illiteracy.

During the past year, 4,000 city residents have learned to read and write.This dazzling result is the culmination of educational programs using the revolutionary method devised by Javier González: abcdespañol. 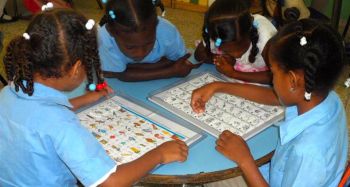 Javier’s success is down to the way he harnesses the power of play to teach people to read and write. Now available in several languages, his method, which was inspired by puzzle-play and games like dominoes, is used by a number of educational institutions and organisations. It’s already proved effective for nearly 1 million people across Latin America.

The fight against illiteracy continues, but this beautiful victory deserves to be celebrated! 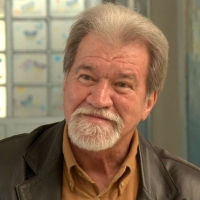 I teach people to read with dominos