The scandal of “bride kidnapping” coming to a cinema

Our pioneer Gazi’s NGO is launching a crowdfunding campaign to produce a film that will denounce the practices of bride kidnapping and forced marriage in Kyrgyzstan.
Caring for others Mots-clés : Empowerment/Women's rights 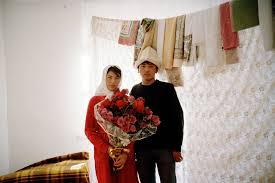 “In Kyrgyzstan, everyone marries by kidnapping.” Since 2004, Gazi Babayarova and her NGO the Kyz-Korgon Institute have been waging war against the kidnapping of brides, a practice wrongly considered a “tradition” in Kyrgyzstan. Her next tactic in this fight is to make a film on the subject, so the NGO is launching an appeal for donations to finance the filming of “After the Rain”.

The current state of affairs is sad and indisputable. In this country where one young woman is kidnapped every 40 minutes, nearly 75% of marriages result from the practice of abducting brides. The NGO is fighting to raise awareness of this phenomenon among the international community.

This is a film that needs to be made! Find all the information about the campaign here…

Click here for a series of still images from the opening of “After the Rain”. 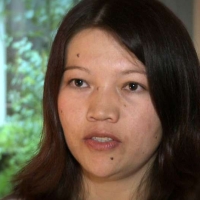 I fight against bride kidnapping