When we last spoke to the two Shamengo pioneers who created La Ruche Qui Dit Oui, it was clear the project was a runaway success. But the company hasn’t rested on their laurels; a new international branch, the Food Assembly, is set to launch soon.

While the concept of a community of buyers worked in France, it remains to be seen whether it will win over the German, British and Belgian markets. However, the company’s track record speaks in their favour. So far, the highly motivated team of just 35 people has managed to meet the demands of 60,000 clients.

The appetite for community-centred food distribution is growing and does not appear to have any geographical limits. We wish all the best to this remarkable initiative in their latest venture! 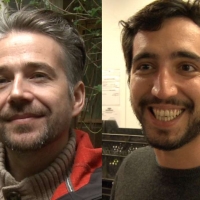 Our ‘hives’ give you access to farm-fresh products for less